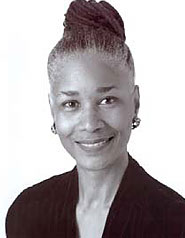 Lipp Family Director of Dance and Senior Lecturer in Dance

Dancing in the Streets (Strange Fruit)

Dancing in the Streets (The Message)

Modern Folklore: Postcolonial Dance and Music in Africa (not offered 2022/23)

She performed in and contributed choreography for Comin Up for Air , a film by visual artist Carrie Mae Weems and has choreographed two of  artist Nick Caves’ Sound Suit parades. Burton researched and co-curated “African Americans and the American Scene 1929-1945” with Mellon Curatorial Fellow Dalila Scaggs. This was an exhibition of visual art, media and performance for Williams College Museum of Art, January-April 2012.

Current projects include producing a documentary film, Out SomeWhere Dancing on the life and work of choreographer/humanitarian Chuck Davis, and collaborating with other Berkshire County, Massachusetts residents to create Lift Ev’ry Voice, a festival celebrating African American culture and history since 2011. Burton serves on board of Jacob’s Pillow Dance Festival, The Clark Art Institute and is co-chair of the New England Foundation for the Arts Advisory Council. She is Trustee Emertitus of MASS MoCA and the New England Foundation for the Arts, appointed to the Commonwealth of Massachusetts Department of Education’s Arts Curriculum Framework Committee from 1993-96 and selected by the National Endowment for the Arts (NEA) as a dancer/educator serving nationally in the Artist in Education program from 1978-83. Burton has continued to serve the field as a panelist and consultant to the NEA, Surdna Foundation, LEF Foundation, Doris Duke Foundation and numerous state arts councils from 1982 to the present.

Covid-19 is an ongoing concern in our region, including on campus. Safety measures are in place, and campus community members and guests are additionally advised to take personal precautions. See the college's Covid-19 website for information about campus policies. For the latest research and recommendations from the CDC, visit cdc.gov/coronavirus.