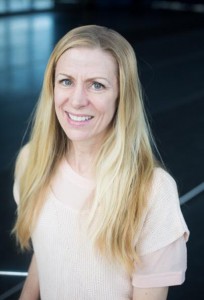 Dancing the Score/Scoring the Dance (not offered 2022/23)

Erica Dankmeyer is a dancer, choreographer, and educator specializing in Modern and Contemporary dance. She earned her BA in Art History at Williams College and studied on scholarship in the Professional Trainee Program at the Martha Graham School of Contemporary Dance. As a Soloist with the Martha Graham Dance Company (1996-2006), she performed extensively in the U.S and abroad in a wide array of the Graham repertoire, including Primitive Mysteries, Satyric Festival Song, Night Journey, Acts of Light, Heretic, Celebration, Dark Meadow, Appalachian Spring, Diversion of Angels, Secular Games, Cave of the Heart, Phaedra, Maple Leaf Rag, and Chronicle. She is a régisseur of Martha Graham’s repertory, such as Steps in the Street, serves as custodian of Jane Dudley’s The Bird as Prophet.

Dankmeyer collaborates in the lecture/performance The Legacy of the New Dance Group, which has been presented at Loyola University Chicago and at the Library of Congress in Washington D.C. As a principal dancer in Deborah Zall’s In the Company of Women, a collective dedicated to the revival and presentation of dramatic solo characterizations by Zall, Dankmeyer has interpreted three solo works: Amanda, based on Tenessee Williams’ “The Glass Menagerie,” La Bonne Dame: Remembering George Sand, and a version of Anna Sokolow’s Kaddish created especially for Zall.  Her repertoire of historic reconstructions includes works by Jane Dudley (Time is Money, The Bird as Prophet), Mary Anthony (The Devil in Massachusetts), Anna Sokolow (Lyric Suite, Kaddish) as a guest artist with the Sokolow Dance Theater, and works by Ruth St. Denis and Ted Shawn for Williams College Museum of Art/Jacob’s Pillow Dance We Must exhibition.

As Artistic Director of Dankmeyer Dance Company, a collective founded to explore the creation and performance of new work, Dankmeyer presented two seasons at NYC’s Dancespace Project (2002, 2006) and has presented work elsewhere in NYC, Jacob’s Pillow Inside/Out, and beyond. Dankmeyer is also a founding member of 360º Dance Company, a company dedicated to reviving modern dance masterworks to be performed on programs alongside vibrant, contemporary commissions. The company debuted in Oslo, Norway and has performed at the NY Live Arts and the Ailey Theater in New York City.

Dankmeyer is a faculty member of the Martha Graham Center of Contemporary Dance in New York City, and has also taught Movement for Actors at the Neighborhood Playhouse School for the Performing Arts. She has been Artist-in-Residence at Jacksonville University in Jacksonville, Florida and at Williams College. She co-founded CoDa (Contemporary Dance Ensemble) with co-Artistic Director Janine Parker.

Covid-19 is an ongoing concern in our region, including on campus. Safety measures are in place, and campus community members and guests are additionally advised to take personal precautions. See the college's Covid-19 website for information about campus policies. For the latest research and recommendations from the CDC, visit cdc.gov/coronavirus.