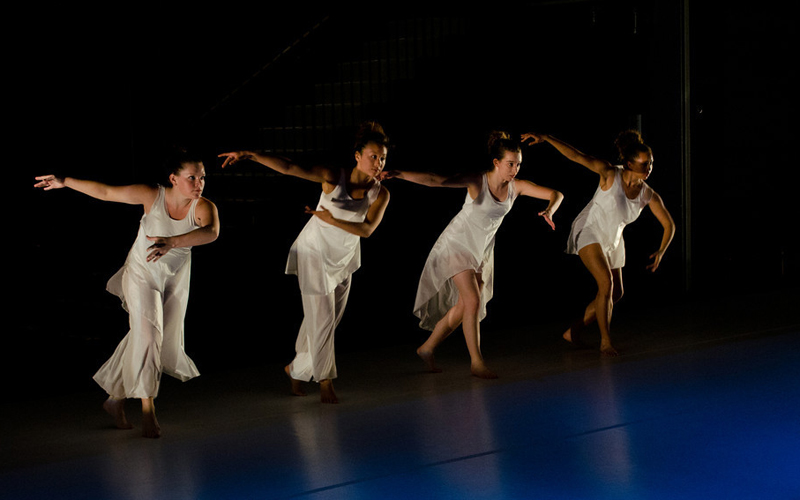 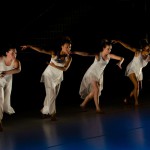 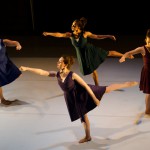 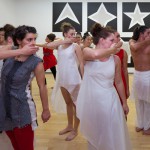 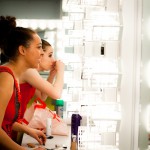 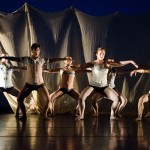 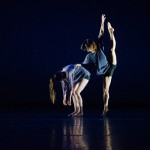 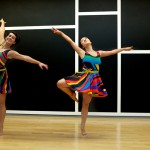 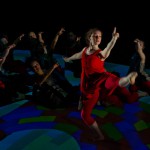 CoDa, which focuses on contemporary dance with a strong base in modern and ballet techniques, enjoys a rich history on the Williams campus. The company’s earliest incarnation, the “Williams College Dance Society,” (later called “Dance Company,”) is the oldest of the dance department’s five performing ensembles. Reimagined in 2010 by Erica Dankmeyer ’91, she and co-director Janine Parker create works that incorporate dance with dramatic lighting and costume designs, still and animated projections, and, often, live music. Collaboration with other artists on campus is an important element, as are various resources and venues in the surrounding Berkshires. CoDa’s 2012 “LeWitticisms” was inspired by the work of conceptual artist Sol LeWitt; sections were performed in the galleries at MASS MoCA as well as at the Williams College Museum of Art. In 2013, the company presented a full-length “Rite of Spring” featuring original choreography by the faculty and live accompaniment by music department artists Elizabeth Wright and Doris Stevenson.

Dancers are selected by audition or invitation from the student body and community members. Students interested in exploring choreography are encouraged to develop pieces on their fellow dancers, and these student dances are often presented on the company’s programs.

In addition to rehearsals and technique classes in modern dance and ballet several times a week, CoDa members have opportunities throughout the year to take master classes and see performances by visiting world-class dancers and companies. Previous guest artists and groups include:

Please visit the Covid-19 website for the latest information, including details about vaccination, testing and mask requirements, and policies for off-campus visitors.